BoofCV comes with a calibration application that can be used to calibrate a camera live with visual guides or from a previously collected set of images. It can be controlled using a command line interface or a GUI. To run the application you you need to build it with the following commands. 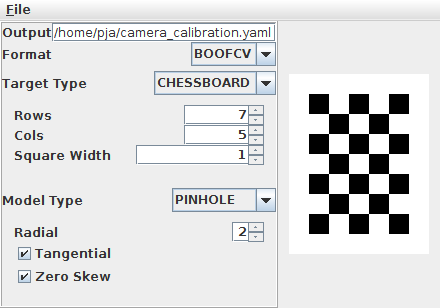 Configuration can also be done using a GUI. Just add the --GUI flag to launch it. Warning, not all command line options are available from the GUI.